From Apollo to Fugaku 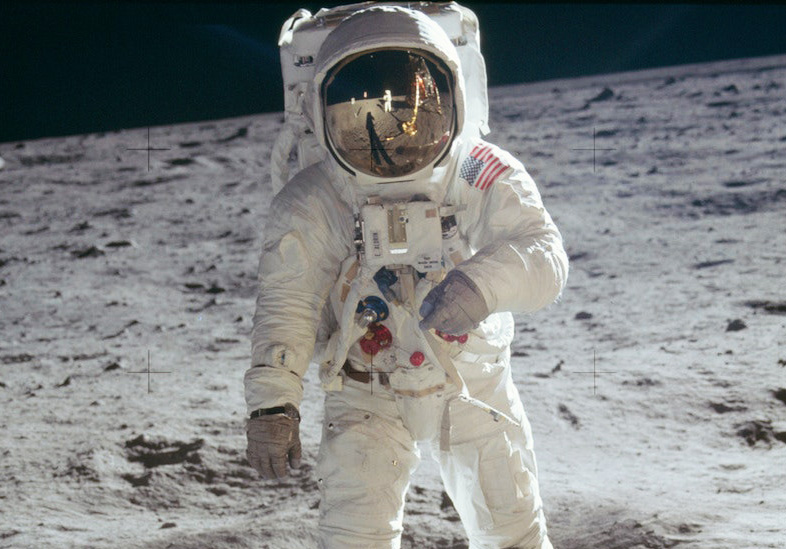 On a moderately humid Sunday, with temperatures in the upper 80s Fahrenheit, a room full of engineers, scientists and bureaucrats listened intently to a live audio feed coming in from nearly 240,000 miles away. The tension in the room was palpable, and an uneasy quiet hung in the air as everyone in the room held their breath. Suddenly, the transmission came through headsets and speakers.

“Houston, Tranquility Base here. The Eagle has landed.”

NASA Mission Control erupted in a manner that only a room full of career explorers could, after years of hard work and personal sacrifice. Some cheered, some clapped, and some cried. On July 20, 1969, at 3:18 PM CDT, NASA made history as the first humans landed on the moon.

The Apollo 11 mission was a success, and a huge debt was owed to a relatively small, historically obscure piece of technology.

The Apollo 11 Guidance Computer (AGC) had two main jobs: calculate the course to the moon, and control the different components of the spacecraft to move along that route and land on the moon’s surface. NASA had been using IBM mainframe computers for most computational and communication work, but these machines were large and heavy. They could not be efficiently used onboard a spacecraft as small as Apollo 11.

So, NASA built what became the first computer to use integrated circuits with a peak performance of a “whopping” 12,245 floating-point operations per second (FLOPS). It did all this while consuming just 55 watts of power, weighing in at 32 kilograms (70.5 pounds), and taking up a cubic foot of total space.

Fast forward 28 years later to 1997, and IBM’s Deep Blue “chess computer” decisively beat Garry Kasparov at chess. While there were chess “AI” engines prior to 1997, none had been able to beat a reigning chess world champion under tournament conditions. So important was this pivotal moment in supercomputing history, that a documentary film “The Man vs. The Machine” was made to capture it.

To answer that question, let’s use a unit of measurement everyone can appreciate.

Ever heard of an iPhone?

On October 13, 2020, Apple Inc. released the newest line of iPhones, dubbed the iPhone 12. Embedded in the A14 bionic custom Apple silicon that powers this new line of phones is the 16-core Apple Neural Engine. And according to Apple, that new Neural Engine is capable of 11 trillion operations per second (TFLOPS).

And it fits inside your pocket.

iPhone vs the Supercomputer

We have more computing power available to us as individuals today than federal agencies and multinational corporations did at the cost of millions or billions several decades ago. And while this kind of computing power can drive all kinds of complicated solutions like computational photography, machine learning, and artificial intelligence, some of our greatest challenges require much more power than this.

In June of 2020, the Supercomputer Fugaku, powered by ARM processors, took the crown of the world’s most powerful supercomputer. At 7,299,072 total cores and consuming 28,334 kilowatts of power, this high performance computer reached 415,530 TFLOPS (or around 416 petaflops) and has a theoretical peak of 513,854.7 TFLOPS (around 514 petaflops).

Now let’s do some fun math.

Now divide those two numbers, and you find that the individual cores in the Apple A14 Bionic Neural engine are about 12 times as powerful as the ones in Supercomputer Fugaku. They also use a fraction of the electrical power to run. Should we be building the next supercomputer out of iPhones? Of course not, but Apple has shown what is possible with custom ARM silicon and where ARM processors in supercomputers could go in the future performance-wise.

Just some fun points to consider.

So, why are all of these numbers and comparisons important?

Because today, high performance computing is responsible for so many of the things we rely on as human beings. Smartphones have opened up our worlds and brought everything from filmmaking to stock trading to running simulations in the cloud right to our fingerprints, but they are just the tip of the iceberg of what we can do with technology today. We truly have small supercomputers in our pockets every day.

Supercomputers Influence Our Lives Every Day

There are so many aspects of our everyday lives that are affected by science being done on supercomputers.

In early 2020, the most vicious viral pandemic to afflict our planet since 1918 crippled our economy and, as of this writing, has taken the lives of over 1.2 million of our fellow global citizens.  And through it all, supercomputers are quietly pushing along in the background, studying the structure of the virus, learning what will destroy it, and what steps we need to take next to protect humanity.

On the Big Compute podcast, we’ve had the opportunity to interview some of these scientists at the forefront of COVID-19 research about how they are using high performance computing in the fight against the coronavirus. We’ve heard how they’re using supercomputers to visualize the structure of the virus, and how it can spread through the air in a confined space, or even through various musical instruments. We’ve heard how supercomputers are dramatically speeding up the drug discovery process, and how the results of all of this research are being fed to the scientific community around the world to help develop therapeutics and vaccines against the coronavirus.

Can your iPhone do that? It may be closer than you think.

The faster and more powerful a supercomputer is, the faster scientists can get the results they need to help humanity. It is not enough to model a hurricane path in a week if it is three days away from landfall. That information is needed soon after the storm appears and throughout the storm’s journey across the ocean toward landfall. The sooner evacuation orders can be given, the more lives can be saved.

It is always fun to look at history and see how far we have come in the computing world. It will be amazing to see how the nascent technology that landed us on the moon will become the future technology that lands us on Mars and beyond. Furthermore, the technology which allows you to keep in touch with friends and family is far more powerful than you might imagine. You literally have a supercomputer in your pocket. Every time you pick up your phone, think about the amazing scientific and technological advances that push our species forward thanks to the bigger version - the supercomputer.

From Apollo to Fugaku, supercomputing is changing our lives in amazing ways every single day.

*All numbers used in this blog are estimates

Ernest de Leon is a futurist and technologist who loves to be at the intersection of technology and the human condition. A long time cybersecurity leader, Ernest also has deep interests in artificial intelligence and theoretical physics. He spends his free time in remote places only accessible by a Jeep. He currently works as Director of Security and Compliance at Rescale, and is a host on the Big Compute Podcast.