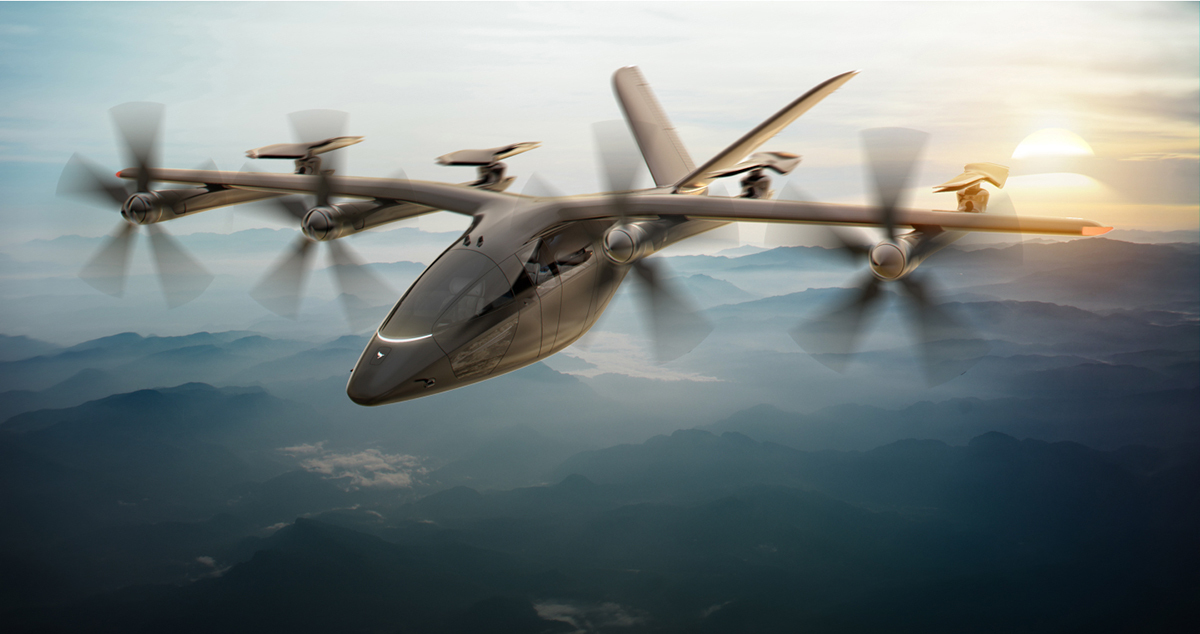 What exactly IS a flying car?

If you’re a fan of Harry Potter, it’s a Ford Anglia with the help of a bit of magic.

If James Bond is more your thing, it’s an AMC Matador coupe fused with an airplane.

And if you’re into real-life, twenty-first century stuff, a flying car is the VA-X4 from Vertical Aerospace -- technically called an eVTOL (Electric Vertical Take Off and Landing). We say electric flying cars, aerospace professionals say eVTOLs. You say tomato…

Vertical Aerospace is a young company with a very simple goal, set upon a very clear foundation. The goal: enjoy a greener, cleaner world where we are not polluting the planet with gas turbine emissions. The foundation: travel is essential to business, family, and pleasure, so it isn’t going away. People will not, cannot stop traveling, and we can’t keep building more highways to make traveling easier (we’re running out of room).

Awesome. Only a problem that’s been getting more dire since the Industrial Revolution. We’ve done a lot to combat the issue of over-congested roads and extreme greenhouse gas emissions (public transportation, electric cars, the list goes on), but have we tried making… electric flying cars? No, we have not.

Since their founding in 2016, Vertical Aerospace has made a great deal of progress towards zero emissions, zero traffic travel. But this progress hasn’t been easy; they’ve had to work around some obstacles along the way.

Want to listen to the full podcast?

There are a few reasons that every automobile manufacturer in the world isn’t trying to build eVTOLs (or even just VTOLs) right now.

For one, they’re expensive to build, expensive to buy, and therefore difficult to roll out to the public. I can practically hear you saying, “Yes, but aren’t all new inventions expensive at the start? The first commercial airline ticket cost $400 in 1914, which is about $11,000 today, for a 23-minute flight.” That may be true, but manufacturing eVTOLs economically is a challenge nonetheless -- one that Vertical Aerospace has had to contend with.

For another, these eVTOLs will have specialized pilots. Those pilots will need to be highly trained on brand-new equipment, and getting a certification for take-off isn’t as easy as going to the DMV for a standard driver’s license. Once again, I can hear you saying, “Yes, but this is only a temporary roadblock. Vertical Aerospace plans for their eVTOLs to eventually operate without a pilot at all.” To which I say, “How’d you know that? I’m the one writing the blog!”

That’s enough of breaking the fourth wall for today.

The point I’m getting at here, is that Vertical Aerospace isn’t afraid of a challenge, and they’ve built their entire business model such that they can easily dispel naysayers and get governments on board (like when Vertical Aerospace got £2.3 million in funding from the UK government). With a plan to roll these out in 2024, with pilots and scheduled maintenance, and at an affordable cost, what would normally appear to be hurdles are starting to look more like the potholes Vertical can simply fly over.

So… how does Vertical Aerospace make flying cars look so easy?

Just one year after Vertical Aerospace was founded, their first eVTOL prototype was created. The VA-X1 model was then granted flight permission by the Civil Aviation Authority in 2018. In 2019, VA-X2 model made its debut. In 2020, just one year later, the VA-X4 model was unveiled.

How did the engineering team make adjustments to their eVTOL design and create new prototypes so quickly?

In our interview with Madhu Bhabuta, CIO of Vertical Aerospace, we learned that Vertical Aerospace runs 100% of their R&D simulations in the cloud. Cloud HPC (high performance computing) allows them to get results almost instantaneously and iterate on those results immediately as well.

When Vertical Aerospace switched to cloud computing, Bhabuta reported over 4,000% improvement in their computational result time and a 75% reduction in the cost per job for engineering simulation workloads, giving Vertical Aerospace engineers the ability to work that much faster to iterate on their designs.

The evolution of computational efficiency

When humans first started building complex machines (for example: cars), we didn’t have it quite so easy. Engineers of the past would make their best (albeit very educated) guess on what the materials, design, and mechanical components of the machine ought to be. After that, they would build prototypes from those designs; every single component had to be physically created. Only then could they see whether their design was functional. Rarely did they get it right on the first try.

Alternatively, by running computational simulations during the development process, Vertical Aerospace engineers can see weak spots, inconsistencies, and potential malfunctions in their mechanical design before they physically build; and these simulations end up telling them what not to try. They take those findings, iterate on their design, and run the simulation again. Only when they have a model that succeeds in their simulation will they move to build their physical model.

Finally, they test their prototype in the real world, and make the iterations necessary to perfect it.

When designing an eVTOL with hundreds of thousands of components, it’s evident that a great deal of time and money are saved by taking advantage of computational simulation along the way.

How does cloud high performance computing differ from on-premises computing?

In today’s competitive world, it stands to reason that the teams with access to the biggest, fastest supercomputers are the teams with higher chances to lead the science and engineering breakthroughs of tomorrow. The organizations that can most often afford such large, up-to-date on-premises supercomputers have some pretty deep pockets (think federal governments, NASA, etc).

When supercomputing is taken to the cloud, however, all sorts of entities can buy in. A startup with a small amount of funding doesn’t need to spend millions for a high-functioning supercomputer. Companies can simply buy supercomputing as a service, run in the cloud, for only the computational work they need. Even large enterprises can benefit from cloud high performance computing, by taking advantage of the latest technology without having to maintain their own expensive data centers.

“On-Demand Computing”? “Gone Prem”? “Computing-as-a-Service”? Call it what you want, but cloud computing services are quickly taking hold in the digital R&D space.

Vertical Aerospace in the future

Vertical’s cloud HPC switch made a big impact: Cloud simulations saved them millions, increased their iterative speed, and allowed Vertical Aerospace to grow rapidly. Vertical Aerospace is now considered one of the most successful eVTOL companies on the planet, with 1,350 pre-orders for their VA-X4 already in from American Airlines, Avolon, Virgin Atlantic, Marubeni Corp, Iberojet, and Bristow Group -- just to name a few. Their goal is to simplify travel and save the planet, and they’re well on their way.

Listen to our full coverage here:

Ellery Kemner is an aspiring HPC nerd who started her career in the B2B SaaS space. When she isn't marveling at the impact of the cloud in computational engineering, you can find her bringing tech enthusiasts together for Big Compute events, painting abstract art, or trying to bake a perfect focaccia.