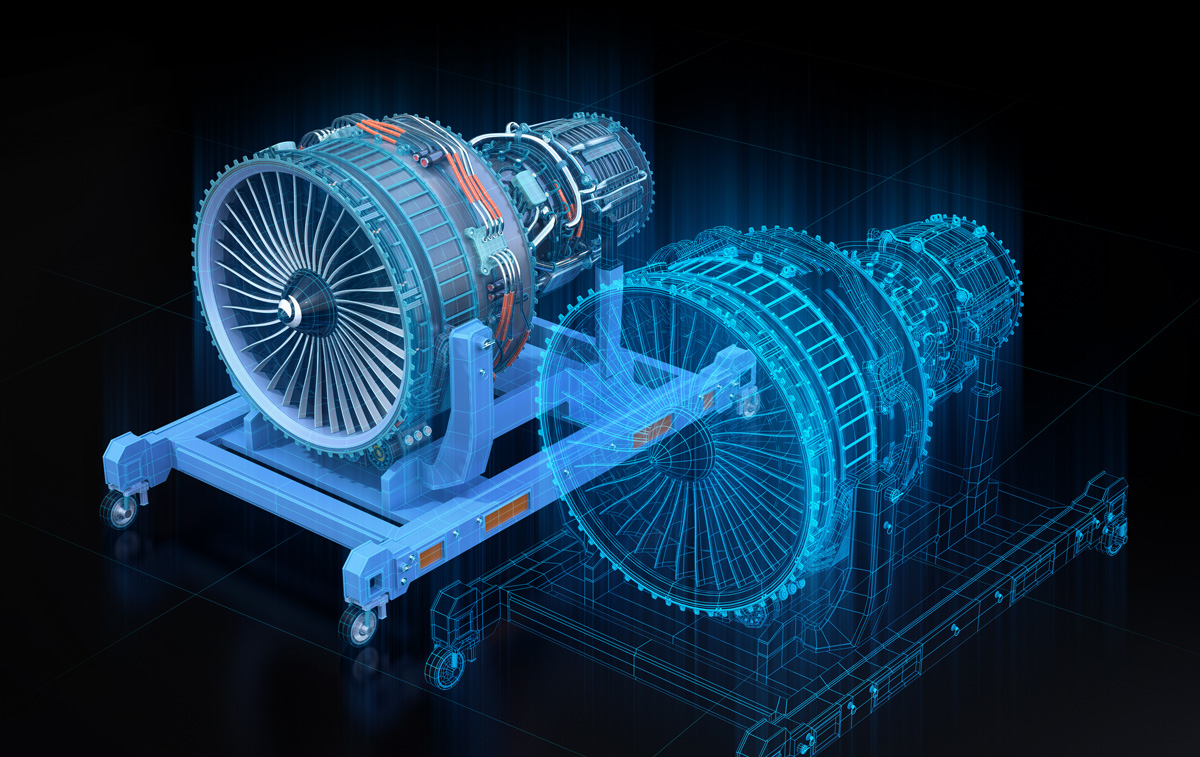 The term “digital twin” can conjure up fantastical ideas of creating a digital version of ourselves that can exist in virtual environments, or -- as Big Compute Podcast hosts have put it -- customizing characters in videos to look just like themselves (or at least the hair, in Ernest’s case).

But the real power of a digital twin lies less in graphic design and more in computational science -- Granting the ability to have our own digital playground with a character exactly like us in a world that accurately represents the real world. Imagine being able to simulate the potential outcomes of any decision you need to make, and then using those simulations to inform the path you take in the real world.

Granted, technology is not there yet… but that doesn’t mean that digital twins don’t already exist.

Digital Twins in the Real World

Simply put, a digital twin is a digital model of a physical object. But what makes a digital twin special against other digital models, is that it computationally represents a specific object in the real world. You can currently see them at work in the aerospace industry. Siemens, for example, has recently created a motor that is tied to a digital twin, which essentially makes the motor a smart motor.

The digital twin motor not only models the function and design of the motor, but it also receives information about the use and the wear of the motor, allowing the digital twin to predict when its physical doppelganger will need repairs. The twin can also identify potential vulnerabilities before any damage is caused. This type of preventative maintenance reduces the cost of maintaining the engine while increasing the safety of its operation. It is really a win-win for everyone.

Running Through an Analogy

To get a sense of how a digital twin can predict maintenance needs, let’s consider an analogy that Karen E. Wilcox, the Director of Oden Institute for Computational Engineering and Sciences, explained in a recent episode of the Big Compute Podcast.

Imagine going for a run or a hike when you suddenly fall and twist your ankle. Initially, it can be difficult to know how injured you really are. It’s not until you get up and start putting weight on your leg that you can get enough feedback to judge if the injury is serious or not.

If this sounds like science fiction, it is because it is. Well before the term digital twin was coined, they have found a place in our stories. Arguably, one of the most well-known digital twins is aboard the USS Enterprise NCC-1701-D, or the starship from Star Trek: The Next Generation (for the non-Trekkies). If you watch any scene where the Enterprise is under attack, you will see the bridge crew ask the computer for the status of the ship. The computer will chirp back stats such as the shield strength, structural integrity of decks, and often how long it thinks systems will remain online. This is all the work of a digital twin.

We don’t even have to turn to fiction for examples of early digital twins. NASA has utilized them since the dawn of space flight. Do you remember when Apollo 13 ran into trouble and the astronauts were stranded in space? Or, if, like me, you weren’t around for the ’70s, do you remember the movie Apollo 13 when the Astronauts were stranded in space? A rudimentary digital twin helped them get back to earth safely.

The challenge NASA faced at the time could have been insurmountable. How do you diagnose and solve a problem that is 200,000 miles away? NASA was able to work the problem because they had an exact replica on-site, which they could configure in a multitude of ways to simulate real-world scenarios. More importantly, they had real-time data about the status of the spacecraft that they could use to inform their simulations.

NASA did not call the simulation technology of the time a digital twin, but it had all the hallmarks: A model that could accurately reproduce the conditions of a specific object, real-time data about the status of the object, and the ability to predict outcomes to aid decision-making.

The power of a digital twin is that it is not static. A conceptual model of the object is not enough. The model continues to evolve as it follows its physical counterpart throughout its lifetime. Together, they both accumulate experience, wear, and damage as they age. This requires integrating systems into the physical copy that monitor and collect data throughout the lifespan of the object.

Currently, digital twins are mostly seen in engineering to monitor structural health. But these are early days and their potential well exceeds this domain. Up until this point, we have primarily been talking about digital twins in isolation. But imagine multiple machines with digital twins working together. This opens new possibilities.

For example, imagine you managed a fleet of drones that all had digital twins. Each digital twin would be as unique as the drones themselves. The length of time the drone has been in service, natural wear and tear, all the scuffs and scrapes that make each drone different would be shared by their twin. The drones could schedule their own maintenance and give you insight into which among them are the most reliable, and who is on their last leg. Essentially, a network of digital twins gives you insight into the health of a system. This is very powerful!

Computing infrastructure has historically limited the development of these technologies. Models this sophisticated require high performance computing, which has traditionally been out of the reach of many businesses. However, nowadays, companies such as Rescale offer cloud-based high performance computing optimized to each job, making it accessible to those without the infrastructure.

This technology is expected to revolutionize the world. In the field of medicine, for example, Karen Wilcox postulated in the podcast that future doctors will be able to make treatment decisions “based on data from you as an individual and based on predictions of how you the individual might react to a therapy or to a drug or to a certain intervention.”

Personally, I think the holy grail of digital twins is a digital twin of Earth. Imagine being able to assess the impact of policies on the sustainability of the planet. The data needed to create such a digital twin seems insurmountable now. But in the field of technology, we have a history of making the seemingly impossible possible.